Looking to get more done this week? Yes! I want to save time!

This post may contain affiliate links, which means that if you click on a link and make a purchase, I will receive a small commission. This is no extra cost to you, but it does enable my addiction to Target. Please see my full disclosure policy for details.

Most of my life, I have been a very confident person. I wouldn’t say it is obnoxious confidence that leads some people to believe they are invincible and do reckless things that could get them hurt. More like the confidence that would lead me to try out for the cheer squad with no previous experience. Or to take a solo in a middle school rendition of “Seasons of Love” from Rent. Or even to make a Babe Ruth style call when I saw a cute guy at a church event when I was 14 (who I later married, so take that Babe).
Even while it may seem that I have nothing but confidence in all aspects (mostly undeserved), I actually have boatloads of insecurities. And those insecurities have stopped me from doing quite a few things in my life, and when I look back, I am a little disappointed I didn’t take the risk. Those insecurities have kept me from reaching some of my goals.
For example, at one point, during my high school years, I had aspirations of running a half marathon. I was dating a guy who played soccer and he said he would train with me. On our first run, he jogged behind me and laughed for a good 3 minutes before I stopped to ask him what was so funny.

I was so embarrassed and it made me so self-conscious that I stopped training for that half marathon altogether. I let my insecurities take over and keep me from doing something just because of fear.
Now, I have a feeling you have had a similar situation play out. You have let your insecurities stop you from achieving your goals. And it stinks, right?
Since that day, running in the park with the guy I did not marry,  I have learned a valuable lesson that helps me push out insecurities and allows me to go after pretty much any dream I want.

How to Overcome Insecurity With Just One Word

When I was in middle school, I had a few friends who said things to me that were pretty rude. It was middle school and girls get vicious during that phase. The aggression of a middle school girl probably stems from the fact that they just realized the importance of mirrors at likely the most awkward stage of their lives which causes major insecurities, and all bad behavior is rooted in insecurities. Just a theory.
As I cried to my mom about the injury to my pride and confidence, she shared with me a very important lesson (which she stole from Bill Cosby well before we knew he was a real creep).
“Mom, they made fun of my clothes and said my hair was too frizzy”  – To be fair to my friends, I didn’t know what a straightener was and I had a pair of jeans that were flair pants in a boot cut age.
“So”?
“What if that means they think I am weird”!
“So”?
“But what if they make fun of me again”?
“So”?
We could have kept that up all day, but I was a smart kid and caught on pretty quickly. All of my “what if’s” and fears weren’t going to get me anywhere. That “So?” response was the key to overcoming my insecurities and freeing myself from the idea that other people could dictate what I liked and dreamed of doing.
Which helped me to realize that the worst that could happen was that my friends could make fun of me and I could allow myself to be upset about it. Or I could brush it off and say “Sure, maybe my wide leg pants make me look like a clown from the circus. So What?”.
And that type of thinking gave me back all the power. How would a bully respond if you took a verbal lashing and you responded with “So?”.
They can’t. In showing that you were comfortable with yourself, you take back all the power.
Since I am no longer in middle school, I don’t encounter bullies on a regular basis. Instead, the person that is saying all the mean things to me is – me.
Friend, I know you do this too. Because as women, we are notorious for the negative self-talk. And more than once I have let myself believe the lies that I can’t do something because I am not talented enough, or strong enough or liked well enough.
Recently, I have started responding to my negative self-talk with “So?”, and it has completely changed the game for me.
“You shouldn’t take on that leadership position. You aren’t qualified.”
“So”?
“Why bother getting on that bike. You are going to look ridiculous when you can’t keep up with the other riders in class.”
“So”?

“Don’t bother investing in those friendships. They are already a close group and you won’t ever fit in completely.”

“So?”
I can tell you right now, that with that one word, I started shutting down my insecurities and going after things that I would have talked myself out of before. Because the only one who cared that I wasn’t qualified or funny enough or coordinated enough was me.
And likely, it is the same was for you as well. And if there is someone in your life who is contributing to your negative self-talk, feel free to use that response on them as well. Take back the power! Don’t let those insecurities rule your life. Even if you don’t totally believe it that you can banish your insecurities, just try saying that one word the next time that you start doubting yourself.
Let me know what you are saying “So?” to in the comments below! I love getting inspiration from you! 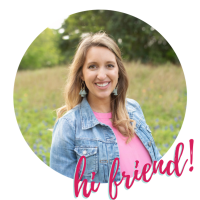 Mattie Givens is the author behind Growing The Givens.
She is a mom of two, working full time for a Fortune 500 company and is happily married to her pre-school sweetheart (actually).
Out of necessity, Mattie has become a master of time management hacks and productivity tricks.
She shares all she knows on how to be more efficient with the things we HAVE to do, in order to spend more time doing the things we LOVE to do. 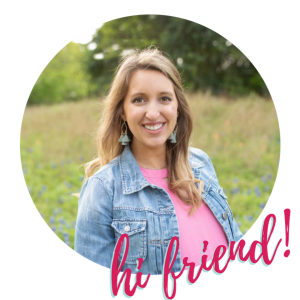 Hi! I'm Mattie - A full time working mom and wife who loves helping ambitious women find their passions and figure out a way to do it all! Read More…

STAY UP TO DATE

Get access to the FREE productivity boosting resource library and have all the latest posts sent to your inbox!

DAY 5/31 #31daystopurpose The biggest mistake I

#31daysToPurpose Challenge Day 3/31: If you want

How to be more productive with a paper planner. Do

Still sore from my workout at @clubpilatestownelak

A common theme has continued to pop up in my stori

What would be your perfect Mother’s day gift?

Well things are going to be a little crazy for our

Tell me if you relate - Someone tells you someth

Growing The Givens is a participant in the Amazon Services LLC Associates Program, an affiliate advertising program designed to provide a means for sites to earn advertising fees by advertising and linking to amazon.com.

DAY 5/31 #31daystopurpose The biggest mistake I

#31daysToPurpose Challenge Day 3/31: If you want

How to be more productive with a paper planner. Do

Still sore from my workout at @clubpilatestownelak

A common theme has continued to pop up in my stori

What would be your perfect Mother’s day gift?

Well things are going to be a little crazy for our

Tell me if you relate - Someone tells you someth

Don't let life changes stop you from making forward progress on your goals.

Download this FREE Goal Reset Guide to adjust your goals for your current situation.